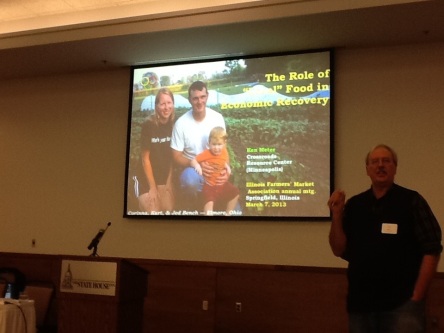 Local food may be the best path toward economic recovery in U.S.

If we can’t grow an economy around food, how do we expect to grow it around windmills or technology?

Counting food miles matter less than banding business together to work for a social value.

Farmers often create systems that are often more efficient by reducing energy costs and using “waste” products to do value-added. Snowville Creamery in Pomeroy Ohio sells their skim to Jeni’s Splendid Ice Cream for a high quality ice cream product. Both businesses are innovating waste reduction and distribution systems that shorten the chain.

Southern Illinois farmers (Meter’s study) show that from 1969 to 2010 commodity farmers sold 1.1 billion worth of products and spent 1.1 billion in production costs during the same time.

1.8 billion amount of food bought in Southern Illinois region; 1.7 billion of it was produced outside of the region.

If every person in that region bought 5.00 of local food directly from local farms each week, farms would earn 191 million of new farm income (why not have a 5.00 campaign at farmers markets?)

The link between the oil crisis of 1973 can most likely be directly linked to the obesity crisis: the oil crisis in the U.S. led to the rise of the corn economy which added high fructose corn syrup to production.

Viroqua, Wisconsin is a model of an economic development recovery after their national company that had supplied 85 jobs left town. The city government convinced the owner to sell their building for a small amount (explaining to the company that the investment that the county had made for 30 years maybe should be repaid before leaving).
Viroqua used 100,000 square foot building to start to build an entire local food system and expect to replace those 85 jobs within the next 2 years.

I often refer to the 2010 report “Real Food, Real Choice: Connecting SNAP Recipients With Farmers Markets” that was done by CFSC and FMC. The page that I refer most to is this one, so thought I’d post it here. 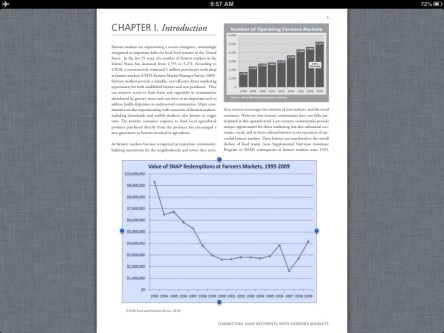 Link to the entire report

Since the Community Food Project RFP is out and proposals are due November 28, this handy new guide should be very useful. As someone who has written one and had it funded, I will say that this grant program is a very useful way to pull off an in-depth pilot for extending and expanding food systems. Good luck to anyone that is working on one.

For many well-designed food systems, the work started with a food policy council. Many of those had the help of longtime food policy council activist Mark Winne of Community Food Policy Council (CFSC). Winne was one of the early architects and supporter of dozens and dozens of food policy councils and even though there are many other food organizers assisting communities now, he still travels constantly throughout North America. Last May, CFSC hosted a very informative food policy conference which put many of those organizers and teams center stage to share their ideas. When people take the time to figure out their policy barriers to healthy food communities and create a democratic process to work in, they find themselves light years ahead when the sticky collaboration times come.
The Detroit council has excellent information on their site and many documents to use to research your own food policy work.
http://www.detroitfoodpolicycouncil.net/Home_Page.html
And, of course, so does CFSC:
www.foodsecurity.org

No proposals will be accepted after March 7, 2012

The best policy newsletter on food policy-and I’m not just saying that because I’m on their board!
It’s really worth a subscription.
CFSC

A letter from the team at CFSC about our plans and hopes for 2012:

Another way that Community Food Security Coalition supports the movement. When the conference can link and throw attention to worker rights or immigrant issues or food sovereignty issues.
In our market context, I believe we need to consider these issues more often and think of how we can support other parts of the movement that are not clearly tied yet to farmers markets.

If you haven’t been to the Community Food Security Coalition’s annual conference-well unfortunately, you’re about to miss another.

This weekend and early next week, hundreds of food activists will gather in Oakland (yes, right across from the Occupy protests) to discuss, learn and move forward.

As we grow our movement, the need to share grows as well. Spending time in hotel ballrooms can often seem like a cruel fate for active people, but that time together speeds up all of our strategy for implementation.
Do look at 2012 and see where you can put some time away from your important projects and see others important projects. And, if you can, join CFSC in listening to the movement.

Over the summer, Community Food Security Coalition’s Founder and Executive Director for 17 years, Andy Fisher resigned his position. We expect Andy to continue his early groundbreaking food security work and will honor his and other leaders many years in the food security movement at our November conference “Honoring Our Roots, Growing The Movement” in Oakland CA.

We are also beginning our search for a new Executive Director and have a link to the job description. Please send the link to those colleagues that you feel could lead CFSC into its next iteration. The CFSC Transition and Search Committee has worked extensively on the job description and requirements, but if you have any questions, feel free to email me directly (I serve as a Board member) or find me or any board member at the Oakland conference to talk in more detail.
Job Posting 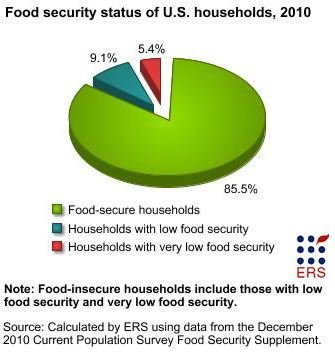 The 2011 Oakland Conference is coming up quickly. Looks like a good one…

Recent work (2011-2019) while working as an Independent Researcher and Analyst (as of November 2019, took on role as FMC’s Training and Technical Assistance Director)